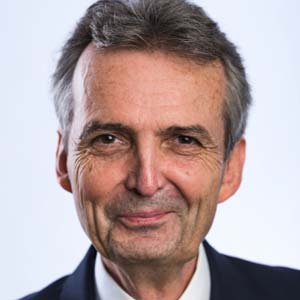 Michael Henry is a solicitor (non-practising) who when he was last in full-time private practice was regarded by the legal journal The Lawyer as one of the UK’s “leading” media and intellectual property lawyers. The Chambers Guide to the Legal Profession also recognised him as the only lawyer featuring as a leading practitioner in the practice areas of media, communications, intellectual property and e-commerce. The Chambers Global Directory recognised him as one of the world’s leading lawyers in the area of communications: e-commerce. He has a long history of providing pragmatic and effective advice to both individuals and companies and has extensive experience of managing corporate finance transactions and in advising businesses which are active in the international marketplace.

His legal publication credits run to over 10 volumes including a number of standard works of reference as well as numerous conference papers published articles and reviews.

He was the United Kingdom advisor to the Council of Europe responsible for drafting a bi-lingual international convention aimed at protecting European Audio-visual Heritage between 1995 and 1997 and the principal external legal advisor of the British Film Institute between 1990 and 1997. He is also a former member of the Legal Advisory Board of DGXIII of the European Commission.

He has written radio drama for BBC Radio 3. His translation of Diderot’s eighteenth-century anti-novel Jacques the Fatalist is published by Penguin Classics. This work was one of only 400 works from all fields of human creativity selected for inclusion in the UNESCO – sponsored Millennium Archive of Humankind maintained by the Institute of Philosophy in Naples.

Since leaving private practice he has successfully established and run a number of funds including a Venture Capital Trust which he served as chief executive and investment manager. He was also for a number of years the chief executive of a company regulated by the Financial Conduct Authority.

He has advised on a wide variety of commercial and corporate legal matters including the financing refinancing and structuring of businesses and has extensive knowledge of both personal and corporate tax legislation.

He has successfully assisted a variety of clients ranging from private individuals to listed public companies to resolve disputes in a commercially pragmatic and cost-effective manner without having recourse to costly litigation.

His hobbies are motorcycling, running, translating French literature, classical music – both as a listener and a performer – being an accomplished violist who is married to an ex Royal Academy of Music ‘cellist. He is a member of The Reform Club.

"Michael Henry, has deservedly won an enviable reputation... and is renowned among fellow practitioners for his careful, lucid and watertight drafting." "Judged by [the] most exacting standards, Michael Henry is an outstanding draftsman."

"I know from personal experience that Michael Henry has an encyclopaedic knowledge of law and an enviable capacity to work very hard and skilfully for his clients."

"Michael Henry has for many years provided clear, objective, impeccably researched and informed advice. I have discovered that this is rare, and of the highest value"

"Simply the best! Better than all the rest!"

The Film Industry: A Legal and Commercial Analysis
Longman 1986

"The range of precedents and the skill with which they have been presented is remarkable, outstanding..." "The author of this work, Michael Henry, has deservedly won an enviable reputation... and is renowned among fellow practitioners for his careful, lucid and watertight drafting." "Judged by [the] most exacting standards, Michael Henry is an outstanding draftsman."
Baron Peter Millett PC former Lord of Appeal in Ordinary
Law Lord

"Unquestionably the finest most comprehensive and detailed work this reviewer has come across in this area of law made available by UK publishers. It upholds the reputation of the series and is a credit to its author. The forms and precedents are truly encyclopaedic in their range and depth... the book has the sort of commercial approach which is vital in the entertainment area. There are other books in the market purporting to deal with entertainment and supplying precedents. Accept no substitute - this is the only one any practitioner will need."
International Media Law

"...cannot fail to be one of the leading textbooks on this subject for many years to come."
The Legal Business

Excerpts of reviews of Publishing and Multimedia Law

"This book scores a number of firsts..." "...an authoritative practitioner’s work. The author’s coverage of publishing law, publishing agreements and copyright which is backed up by a series of extremely useful and well ordered precedents gives the reader generously of the author’s practical experience. The book will be of considerable value to publishers or authors and their legal advisers".
The New Law Journal

"This is an excellent book, clear, easy to follow and very comprehensive... All intellectual property lawyers will find the book of immense benefit."
Law Today

"This is a user-friendly book and it is clear that it is written by a knowledgeable practitioner in the field... This is an excellent practical book on the law of publishing and multimedia, which, with the documents in the book and on disk, represents very good value for money".
Computer Law and Practice

"In its field it will undoubtedly become the market leader, particularly as multi-media takes off as an important method by which people are both entertained and educated".
Trading Law

Review of Jacques the Fatalist by Denis Diderot

“One of the best English versions of any of Diderot’s writings, accurate and full of life”
Times Literary Supplement